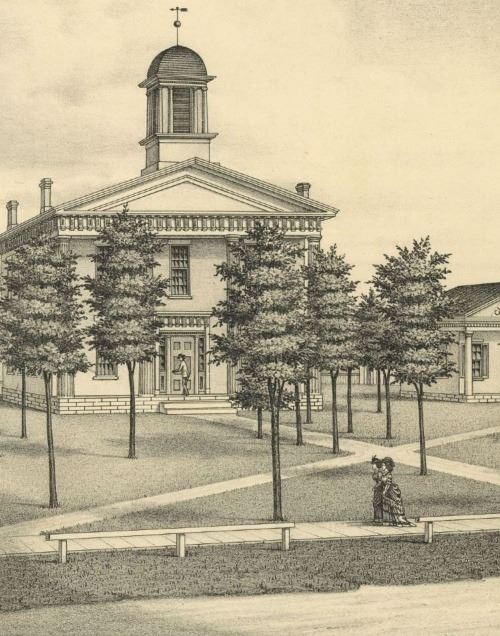 Yates County is one of many created from the huge area purchased by  Oliver Phelps and Nathaniel Gorham from the Seneca Nation in 1788. At  nearly the same time the treaty of purchase was being negotiated,  settlers were beginning to filter in from New England and from the  Susquehanna Valley, part of the first great western migration after the  Revolution.

The first permanent white settlement within the boundaries of what is  now Yates County was initiated in the summer of 1788 by a group of  people who were seeking to separate themselves for religious reasons  from worldly temptations and persecution. They were followers of Jemima  Wilkinson, the first American-born woman to found a religious movement;  she called herself the Public Universal Friend, and her followers  referred to their settlement as the New Jerusalem. About 60 families  came to an area west of Seneca Lake and formed what was by 1790 the  largest settlement in western New York.

The area was so desirable that within a very few years most of the farms were taken up and political development of towns begun.

In 1790, when the first federal census was taken, the whole of western New York had perhaps 1200 inhabitants. The small perimeter of  Yates County included parts of three enumeration districts, named Canandaigua, Jerusalem and Erwin. By the time the county was split off  from Ontario in 1823, its population was nearly 20,000, not far from  what it is today. In 1826, two additional towns were annexed from  Steuben County, and the compact modern boundaries were established.

The County now has nine towns and four incorporated villages. The latter are Penn Yan, Dundee, Dresden and Rushville. The Crooked Lake  Canal, active between 1833 and 1877, linked the basin of Keuka Lake with  the outside world via Seneca Lake and the Erie Canal system. At one  time, three railroads rushed the County's fresh fruit to distant  markets. Agriculture is still our largest business, concentrated on  dairies and vineyards. Good farmland attracted our earliest settlers  more than two centuries ago, and it continues to attract people today.